Polypropylene (PP), also known as polypropene, is a thermoplastic polymer used in a wide variety of applications including packaging. Most commercial polypropylene is isotactic and has an intermediate level of crystallinity between that of low-density polyethylene (LDPE) and high-density polyethylene (HDPE). Polypropylene is normally tough and flexible, especially when copolymerized with ethylene. This allows polypropylene to be used as an engineering plastic, competing with materials such as ABS. Polypropylene is reasonably economical, and can be made translucent when uncolored but is not as readily made transparent as polystyrene, acrylic, or certain other plastics. It is often opaque or colored using pigments. Polypropylene has good resistance to fatigue.

HOW IS A TECHNICAL TEXTILE MADE?

Most technical textile fabrics are made by weaving or knitting yarns. A fabric’s appearance, properties and end use can be affected by the way it was constructed. Woven fabrics are made up of a weft – the yarn going across the width of the fabric – and a warp – the yarn going down the length of the loom. The side of the fabric where the wefts are double-backed to form a non-fraying edge is called the selvedge 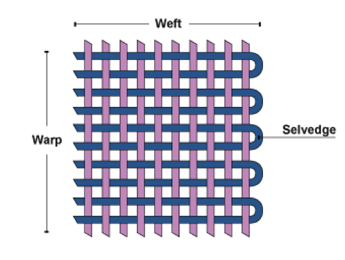 WHAT IS A DENIER?

Denier /ˈdɛnjər/ or den is a unit of measure for the linear mass density of fibers. It is defined as the mass in grams per 9000 meters. The denier is based on a natural standard—i.e., a single strand of silk is approximately one denier. A 9000-meter strand of silk weighs about one gram

WHAT IS TENSILE STRENGTH?

A tensile test, also known as tension test, is a type of mechanical test performed on plastic material. Tensile tests are conducted by pulling on the plastic to determine how the material will react to forces being applied in tension. As the material is being pulled, one can determine the strength of the plastic and the amount of elongation it can bear. When a plastic is pulled it exhibits a linear relationship between the load and the elongation this relationship is known as “Hooke’s Law” where the ratio of stress to strain is a constant, or  – E is the slope of the line in this region where stress (σ) is proportional to strain (ε) and is called the unto the point of the “Modulus of Elasticity” or “Young’s Modulus”. The modulus of elasticity is a measure of the stiffness of the material, but it only applies in the linear region of the curve. If a specimen is loaded within this linear region, the material will return to its exact same condition if the load is removed. At the point that the curve is no longer linear and deviates from the straight-line relationship, Hooke’s Law no longer applies and some permanent deformation occurs in the specimen. This point is called the “elastic, or proportional, limit”. From this point on in the tensile test, the material reacts plastically to any further increase in load or stress. It will not return to its original, unstressed condition if the load were removed; if the application of load is continued then the plastic begins to reach a point of maximum deformation which is called its “Ultimate Strength” or UTS -breakage occurs shortly after. 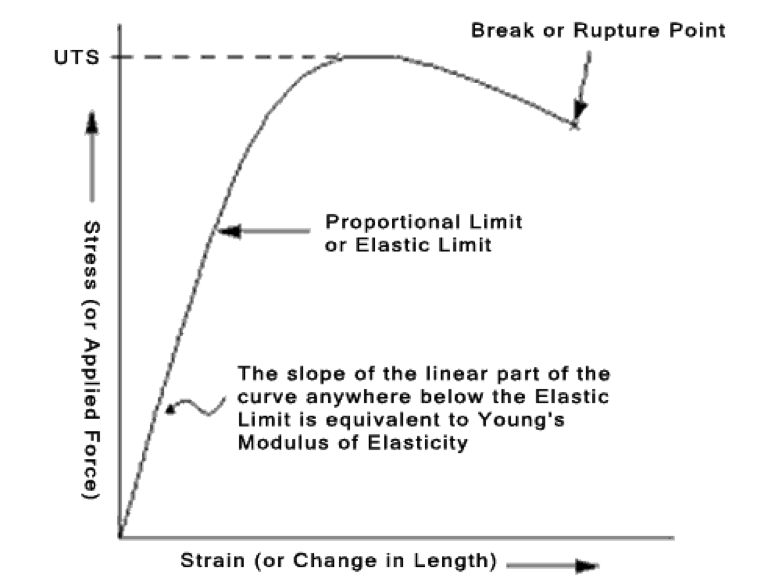 Density is the weight per given volume of plastic

Measure of the ductility of a material determined in a tensile test. It is the increase in gage length (measured after rupture) divided by original gage length. Higher elongation indicates higher ductility. Elongation cannot be used to predict behavior of materials subjected to sudden or repeated loading.